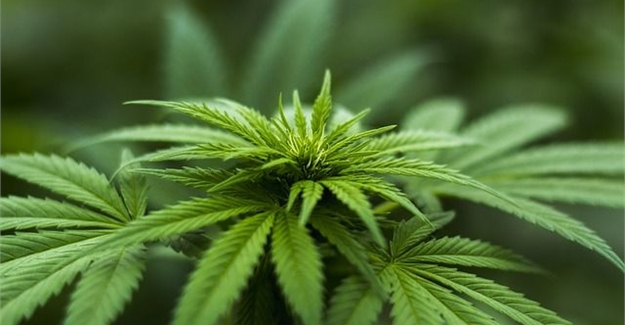 Let’s jump right in, from Wikipedia, “In the United States, the CBD drug Epidiolex has been approved by the Food and Drug Administration for treatment of two epilepsy disorders.  The U.S. Drug Enforcement Administration has assigned Epidiolex a Schedule V classification while non-Epidiolex CBD remains a Schedule I drug prohibited for any use.  CBD is not scheduled under any United Nations drug control treaties, and in 2018 the World Health Organization recommended that it remain unscheduled.”

And if you hop over to WebMD, they tell you this, “Although CBD is legal in numerous states, the federal government considers it a Schedule I drug and therefore illegal to have. The Farm Bill proposes, among its many provisions, legalizing the CBD that comes from industrial hemp. Currently, growing industrial hemp is legal on a federal level only for research or under a state pilot program in states that have legalized it.”

If I’m understanding all this correctly, other than it being ridiculously vague and ambiguous, if it’s Industrial Hemp, we’re kinda good.  But it’s still CBD…  And that’s mostly illegal… but if it comes from an Industrial Hemp plant instead of a marijuana plant, we’re almost legal.  At least legal enough to where it’s not quite the high priority for law enforcement.  OK, then what the heck is “Industrial Hemp?”

Back to Wikipedia:  “Although cannabis as a drug and industrial hemp both derive from the species Cannabis sativa and contain the psychoactive component tetrahydrocannabinol (THC), they are distinct strains with unique phytochemical compositions and uses.  Hemp has lower concentrations of THC and higher concentrations of cannabidiol (CBD), which decreases or eliminates its psychoactive effects.”

Lastly, “the Industrial Hemp Farming Act of 2015 would allow American farmers to produce and cultivate industrial hemp. The bill would remove hemp from the controlled substances list as long as it contained no more than 0.3 percent THC.”

Basically, less than or equal to .3% THC = industrial hemp and not classified as marijuana.

However, just remember kids, as we all learned on Schoolhouse Rock, a bill is not a law…  yet.  That being said, according to Wikipedia: “Some manufacturers ship CBD products nationally, an illegal action which the FDA has not enforced in 2018, with CBD remaining as the subject of an FDA investigational new drug evaluation and is not considered legal as a dietary supplement or food ingredient as of November 2018. CBD is openly sold in head shops and health food stores in some states where such sales have not been explicitly legalized.”

The DEA gave us more clarity (after a little confusion) in May of 2018 with the following statement: “Products and materials that are made from the cannabis plant and which fall outside the CSA definition of marijuana (such as sterilized seeds, oil or cake made from the seeds, and mature stalks) are not controlled under the CSA. Such products may accordingly be sold and otherwise distributed throughout the United States without restriction under the CSA or its implementing regulations. The mere presence of cannabinoids is not itself dispositive as to whether a substance is within the scope of the CSA; the dispositive question is whether the substance falls within the CSA definition of marijuana.”

Bottom Line:  Is CBD Hemp Oil legal?  An article in Forbes from April 2018 summed it all up quite nicely:  “So at the end of the day, CBD is not legal in all 50 states — even though it is widely available. At best, the law is murky and open to differing interpretations.”

Is CBD Legal Under Federal Law?

Is CBD Hemp Oil Legal And If Not, Are You At Risk For Prosecution?

The speed limit in the US is 55mph on most highways and freeways.  Just saying.  Additionally, in that Forbes article we read, “the DEA is not going after individuals who have benefited from CBD oil.  It would not be an appropriate use of federal resources…”

What then would be the best and/or most legal way to take CBD Hemp Oil should you decide to use it?

For starters, Federal Law Trumps State Law (pun intended).  Make sure you’re in compliance there.  Second, have clarity on the State you live in.  Ideally, you want to make sure that you’re in as much compliance with both State and Federal which will mean it’s very important to make sure you get your CBD from oil derived from industrial hemp that contains less the .3% THC.

According to WebMD these are the three main benefits of CBD Oil in order of credible research.  There are other potential benefits but there have been little to no credible research in these areas.  I am interested in the anti-inflammatory elements of the product personally.  I go hard when I train.  CBD might help with recovery.  I have interest.  Interestingly, in 2018 WADA and USADA both made CBD Oil no longer prohibited.  Olympic class athletes and UFC fighters can use CBD oil as a recovery aid and for anxiety before an event.

The two big concerns from the WedMD article were two fold.  Quality and BioAvailability.

a 2017 study found that nearly 7 of 10 CBD products didn’t contain the amount of marijuana extract promised on the label…  Nearly 43 percent of the products contained too little CBD, while about 26 percent contained too much…”

And on the BioAvailability thing:

CBD is kind of a tricky drug because it’s not very well absorbed orally.  Less than 20 percent of the drug is absorbed orally. If it isn’t made in the right way, you may not be getting much drug into your systemic circulation.”

This all means you need to chose your product carefully.

What if there was a way to get an intravenous effect with an oral dose?  Wouldn’t that make the most sense and the best way to make sure you’re getting the right amount?  With CBD, as with most drugs, too much of a good thing is entirely possible here.

QUESTION:  What if you knew there was a product out there made with just stems and stalks, from hemp under the limit, that had a certificate of analysis and 5.5-fold increase in bioavailability over a leading pharmaceutical, wouldn’t you at least want to learn more?

Look, I haven’t made up my mind yet on the effectiveness of CBD oil and it’s actual benefits.

USADA signed off on it and that’s very important.  Does that means they feel it’s safe enough?  That CBD oil may have actual therapeutic benefit?  It also means they believe it does not give an athlete an unfair competitive advantage like other performance enhancing drugs.  Who knows really?

So here’s the plan.  I’ve been dabbling with it off on for a couple months now.  Is it helping?  Honestly, I don’t know.  I believe it may be.  When I first started taking it, I knew something was in my system and something was happening.  I have decided, just as I did with Pruvit’s Keto//OS to test drive for 30 days.  I’m going to include a CBD product at night right before sleep.

The recovery aspect is my prime interest in the product.  So, will it help me sleep better, deeper and recover better?  Also, will it aid with reducing inflammation and increasing/speeding recovery from intense exercise?

According to ACE, The American Council on Exercise, there are 9 signs of overtraining.  I’m going to rate myself on a scale from 1-10 here on these symptoms, take CBD for a month and the report back, my findings on these symptoms no

So after 30 days, if this product does what it’s supposed to do, isn’t it reasonable that these symptoms should at some level alleviate themselves?  This is how I feel right now.  A little more tired than usual, there are a few stressful things going on in my world right now and so I am a bit edgy and it seems to be impacting my training.  So the question is, will CBD help, hurt or do nothing.  I’ll let you know in 30 days.

Disclaimer number two:  I am an affiliate with Prime My Body.  Their protein powder is amazeballs.  I freaking love it.  It goes really well with Keto//OS and makes for a great meal replacement.  It has my full endorsement.  If you decide to try the protein or their Hemp Oil and use the links here, I’m getting a piece of that action.

The US Farm Bill passed on Wednesday (12/12/18) legalizes hemp, a plant that’s roughly identical to marijuana and is a key source of highly touted wellness ingredient CBD.

Key points are as follows

So I’ve been taking CBD Oil at night before bed, the 4 pumps recommended by Prime My Body, while I did notice that a mega dose in early November seemed to help expedite a cold and minimize symptoms, over the last 30 days I have noticed no real improvements in exercise recovery, performance and improved sleep.  In fact what I have noticed is it is harder to wake up and harder to get moving in the mornings.  I have also found myself struggling with staying motivated during the day which is not normal for me AT ALL.  And to be honest, I’m glad I’m off the product.

I believe in the Hemp Industry, I support the legalization of Hemp and Marijuana but for me, as a individual taking this product, I will not take it moving forward, it’s not for me and in terms of what it’s supposed to do with regards to the top 3 benefits…  I don’t have seizures, I don’t struggle with social anxiety and I noticed no real improvement in exercise recovery.  However, I have noticed a decrease in energy levels and motivation though so there’s that.

with all do respect to those who benefit from taking CBD, is it’s not for me and I can’t give it my full endorsement.