Is krill oil better than fish oil?  There is plenty of science pointing to that.  In the krill oil vs fish oil debate, the question is, which one’s better and is it worth investing a little extra money?  I’m going to let my new friend Dr. Rhonda Patrick get you schooled on Krill Oil and then chime in at the  bottom.

But watch the video…. 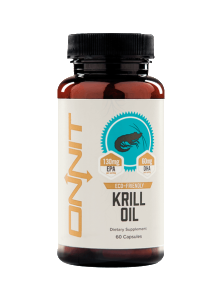 I take Onnit’s Krill Oil.  I do two in the morning at the start of the day.  I’ll have two capsules of regular fish oil at bedtime, which I may reverse.  The research doesn’t suggest a better or worse time to take it, but you got to wonder, if your body repairs at night, wouldn’t it make sense to take the more potent and effective product when your mind and body could use it the most?  If I do switch that out, I’ll make sure to update this post.

Why Do I Take Krill Oil?

There are several benefits to it, and as Dr. Rhonda explained, your body can uptake, absorb and use more of the Krill Oil vs the Fish Oil.  I don’t know about you, but I’ve got issues with expensive urine if you know what I mean.  So, if there’s good stuff coming in, I want my body to get as much of it as possible, not excreting it out.  So, number one, the Omega-3’s are more bioavailable and these are essential nutrients to survival.  Muy importante!

Next,  Astaxanthin.  Astaxanthin is an amazing little antioxidant.  Helps with reducing inflammation, aids in cardiovascular health and improves immune function. 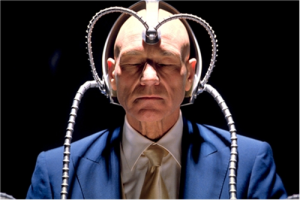 Third, it’s good for the brain.  It’s so good, it can make you telepathic and telekinetic.  In fact, Charles Xavier has been quoted as saying, “I take two capsules of Onnit brand Krill Oil 60 minutes before entering into Cerebro.”  But seriously folks, krill oil has a type of DHA (DHA in phosphatidylcholine) that is better at getting transported up to the brain that the DHA in fish oil.  There was a test on rats showing krill oil to enhance cognition and have anti-depressant like effects.  There was another one with humans (older men) that showed better memory and processing.  Not a bad deal.

Finally, it may lower cortisol and that hormone can wreak havoc on anyone trying to lose fat, build and maintain muscle mass and in general be a little less stressed out.  Too much cortisol sucks. 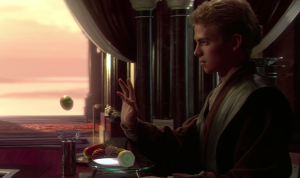 So that’s the layman’s notes on the Krill Oil vs Fish Oil debate.  Bottom line, and my honest opinion is, try it.  Why?  I feel a systemic reduction in inflammation in my body.  I’ve had some tightness in my left shoulder for a bit that is reducing for real.  Also, since adding Krill Oil (been taking fish oil a while now), I seem to be recovering a bit faster from my workouts and I’ll attribute that as well to the reduction in inflammation.  If the krill oil is going to enhance my Midichlorian count, I think it will be a while for it to kick in and as mentioned above, I will report back on any cognition and processing benefits.  The study mentioned above was 7 weeks and I’ve only been on it for about two weeks.  Basically, if I can Force Push in seven weeks, I’ll report back here.

So far I feel the effects and that’s rare in the supplement world as there is so much junk out there.  This is the real deal.