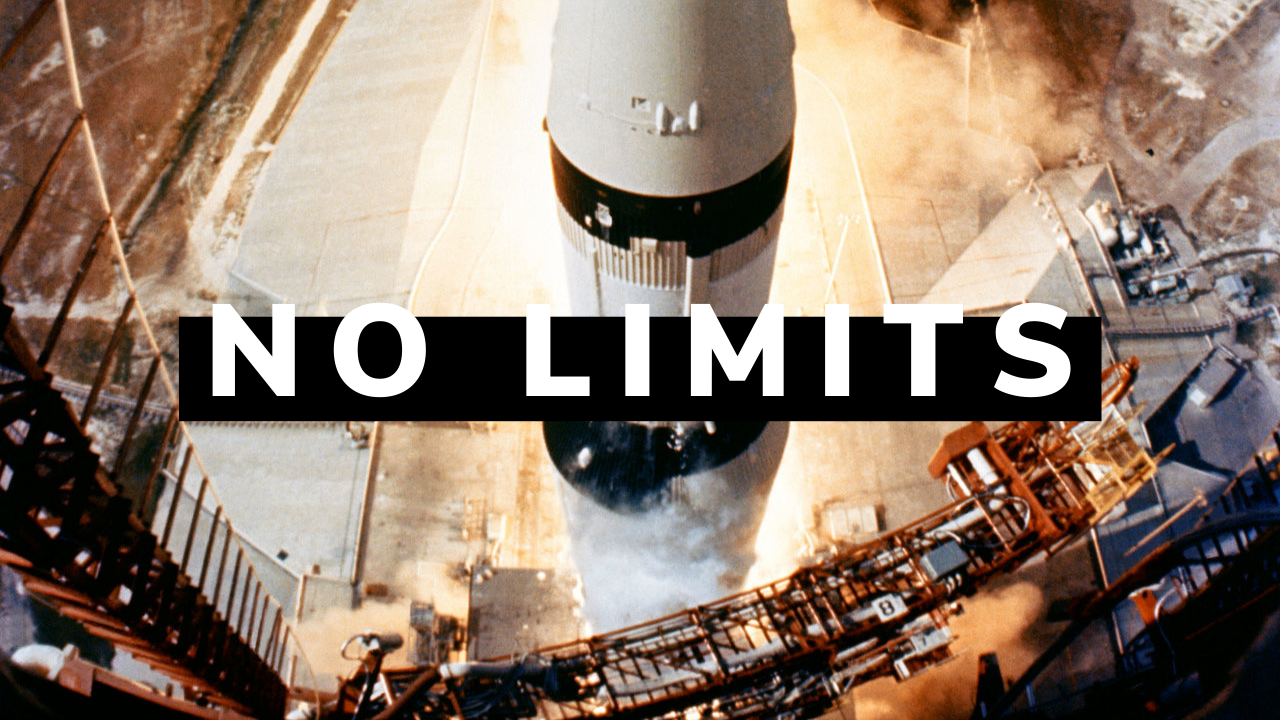 You have no limits (motivation and inspiration)

Limitations:  Your limitations are not self-imposed.  They have been taught to you and are being trained into you right now.

Remember when you were kid and anything and everything was possible?  You had no limits then and you have no limits now.

The problem is someone or something convinced us to “get real” and then we believed them and we did not question the source of the information or the intention behind it.

This is a cycle we carried with us into adulthood.

The media, including the social ones (and the majority of their advertisers) are actively engaged in convincing you that who you are right now is not enough.

Someone goes off and says you only use 10% of your brain so now we can make since of not living to our full potential and it’s OK to be average because only the “gifted” or “talented” can use their whole brain.

And speaking of gifted and talented, who convinced you that you’re not?  Who taught you to say, “I could never do that!”

Or what about the idea that you must already be ripped to go to the gym or workout?  What the heck kind of Catch-22 BS is that?

Why do commercials on TV glorify gluttony then promote drugs to fix the problems you ate yourself into?

Why are we not instead edifying anyone and everyone who is working on operating at their highest potential instead of looking to exploit their flaws?

Can we instead point out and raise up the one’s who beat the odds as the example of what’s possible instead of letting you off the hook by claiming they’re an outlier or the exception to the rule?

There is a belief system out there that wants you to believe that because of your skin tone you’re automatically either a victim or an oppressor.  And because you were born into that class (stereotype) you must operate that way.

Being an oppressor or a victim are decisions not assignments.

You can be a victim or an oppressor for as long as you choose to be and for however long it meets your needs and gives you permission to be average or less that your true potential.

Another group will have you believe that in order to maintain physical or mental health you’re going to need to take these certain drugs over here and that eating right, exercise and PMA (positive mental attitude) is not enough.   NOTE:  It’s enough.

These are all manipulative lies designed to keep you in a state of mystery, fear and anger.

Anger and fear (stress) releases cortisol in the brain and body and literally atrophies the parts of the brain used for higher level functions like critical thinking.  Read that as many times as you need to.

Because life is a game, then your perceived limits are actually the challenges that make the game playable and fun.  Remember, you have no limits.

You are a reflection of infinity.  Star dust formed into the image of the divine.  There is nothing wrong with you.  You are perfect as you were created.

Who was it that convinced Adam and Eve that they weren’t good enough as they were created?  That there was something wrong with their paradise?  That they we’re limited in paradise of all places!

Our limits are as real as we allow them to be.

David Goggins became a Navy SEAL, Pararescue trooper, Army Ranger and ran over 30 ultra marathons while having a HOLE in his heart limiting its function to less than 70%.

Your body is capable of so much more than you give it credit for.

“When your mind tells you it’s quitting time, you are actually only 40% spent.”  –David Goggins

And so speaking of heart, the latin root of courage is “cor” as in corazon.  Cor is latin for heart.

Nick Vujicic born without arms and legs is a Christian evangelist who SURFS!  And he can unite the whole world with one quote when we take it in, “We’re all tackling the same obstacles on the inside.”

I’m reading a book right now called LIMITLESS by Jim Kwik who teaches people how to learn and use their brain better.  He’s an expert in speed-reading, memory improvement, brain performance, and accelerated learning who’s also had two TBIs and grew up with severe learning challenges.  Notice I didn’t say disability.  Think about it.

Today I read in his book,

If you fight for your limitations, you get to keep them.”

So to wrap this all up….

What limitations do you think you have that you are fighting for and how much longer do you plan on continuing the fight?  How are those limitations serving you?  What’s the worst that could happen if you redirected that energy towards building and creating a better version of you and your life?

How many times per year does your phone, computer and web browser get updated and upgraded?   Why are you not updating and upgrading you, your beliefs, abilities and capabilities?  What do you need to unlearn and release that’s holding you back?

What exactly are you waiting for?  Grant yourself permission.  No one else is going to give it to you BUT you.  Be the best version of you.  The world needs you.  We need you.  The authentic you.