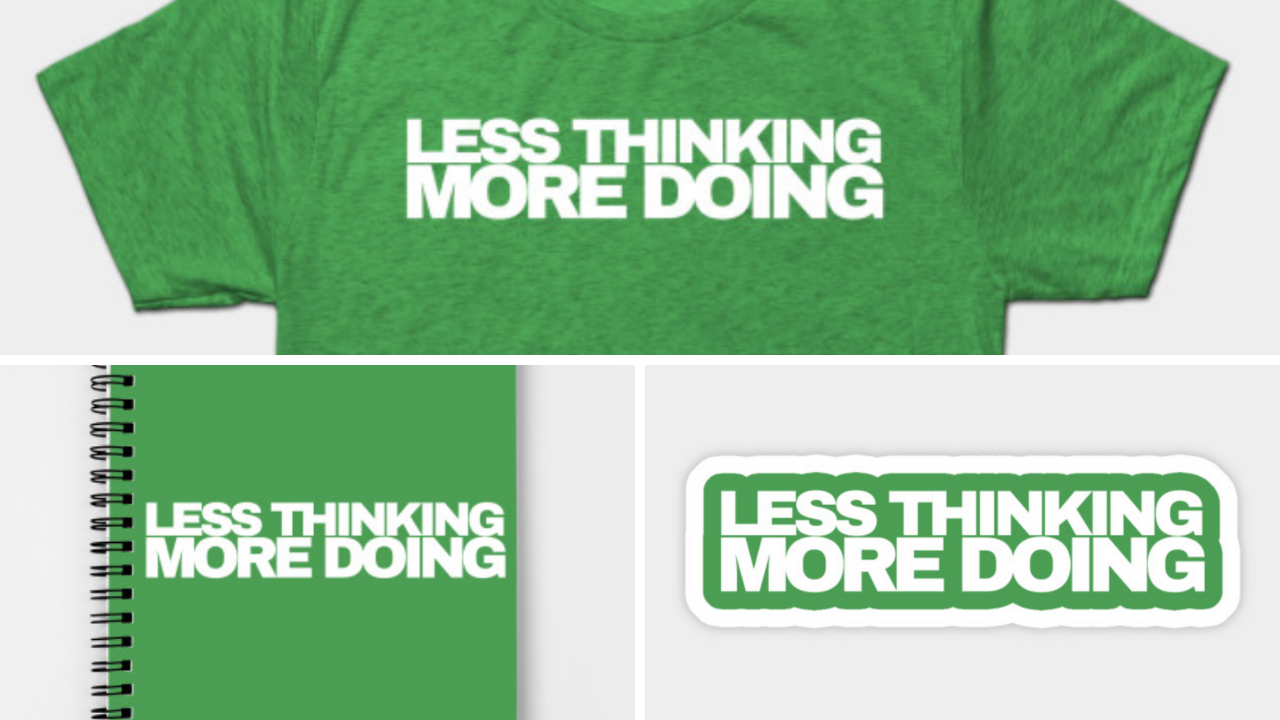 Thinking about it has never helped you.

I promise.  Your gut reaction may be to disagree with me on this and I completely understand why you would because when this concept was first introduced to me, I struggled with it as well.

Mind you I’m not saying thinking in and of itself is bad.  I’m a big proponent of Stephen R Covey and the concept of responsibility.  Meaning the ability to choose a response, which requires thought.  Thought is also a necessary part of problem solving.

Examples from history where thinking came in quite handy:

When thinking fails you:

Thinking fails you when it prevents you from taking action.  Imagine if Kennedy thought too long and hard over what to do?  Edison followed up every thought with action, over and over until success.  Time was of the essence on Apollo 13.  Inaction spelled certain death.

So, it’s really not the thinking that gets you the result.  It is the doing.  It’s the action.  That’s what counts.  Actually what counts here is the result.

You must take action.  You must do something.

Thinking about [insert doing what you know you need to be doing] will not change the fact that  1.) you still need to do it, 2.) that it’s costing you to not do it, and 3.) that nothing changes until you take some action.

Thought is instantaneous and has zero value until something is done about said thought.  Action is required.  Thinking, at some point, will only slow you down and actually can do more harm than good.

At some point you need to KNOW what you’re doing, KNOW it’s the right thing and then DO IT.  Look at the times in your life where there was a big moment.  When you got married, when you bought your first car, when you went after your dream job, when you started your diet and exercise program.  You had something very important with you.  Certainty.

And speaking of which, this is actually something I have struggled with personally.  I often over think it and get all caught up in the details.  And it has cost me time and money.  And I mean, let’s face it, who hasn’t suffered from paralysis by analysis at some point.  The challenge here is to make sure you are able to spend less time think and more time doing.  Maybe you, like me, just need a reminder every now and again.  Would it help if you wrote down your goals in a notebook that said “Less Thinking More Doing?”  Or what about a sticker?  T-Shirt?  How would you like to get reminded?  Personally, I’m on the notebook myself but it’s totally up to you.